Potpourri  -
a collection of artworks, which encapsulate the scents of Singapore

​Referring to history and strata of memories, drawings hide themselves in layered artworks such as  “From Days Gone By” and "Syed Alwi Road" whilst in others, for example “After Oud”, die-cut letters are displayed in flasks like extraordinary objects in a cabinet of curiosities. 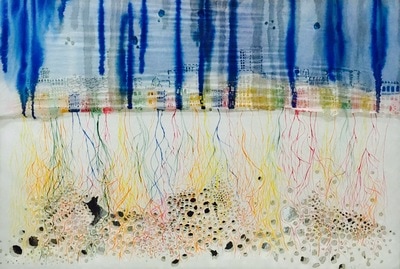 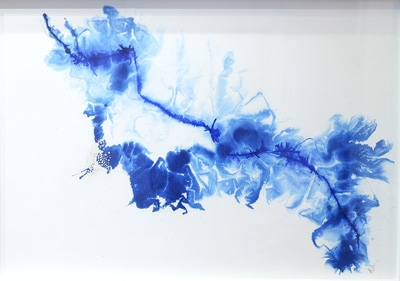 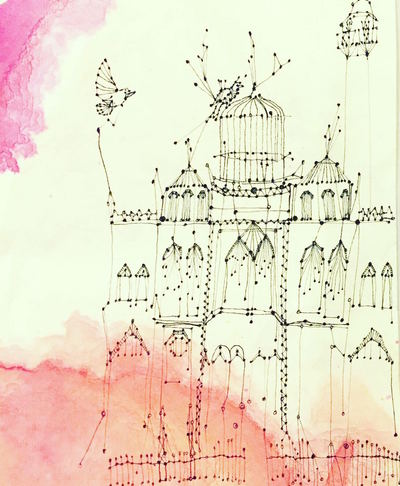 ​"​To Mecca"  and "Pilgrimage"are poems that reminds us that Kampong glam was once the pilgrim hub for Southeast Asia.
Standing in Haji Lane today, it’s impossible to remember when ships docked by Jalan Sultan. Where have the prophets gone? Those who preached on the street, and were thrown coins for their words of faith and fate.​
See the artist book: Intersection

It 's all bout connnections ​by Eddie Botha

Eddie is a Melbourne based artist whose work deals with interaction.his search for cultural identity is expressed through highly detailed drawings of people. Using pen, Eddie depicts intricate scenes. 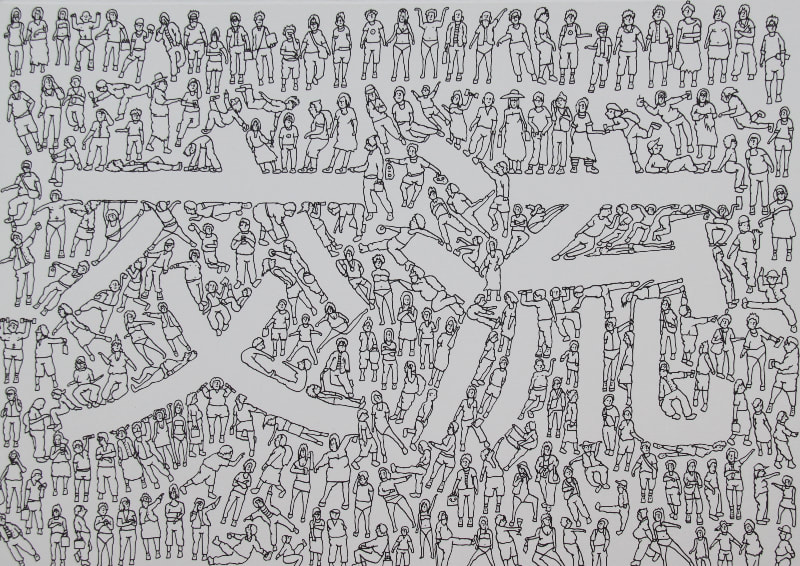 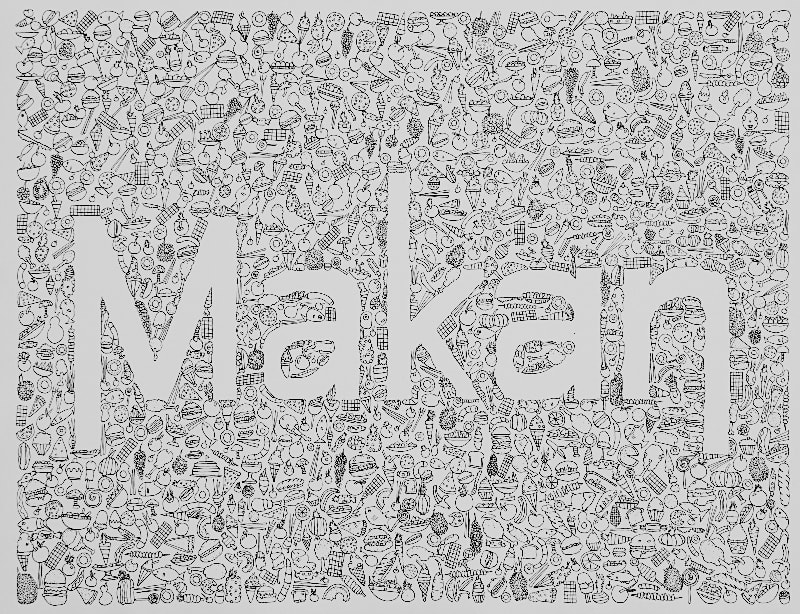 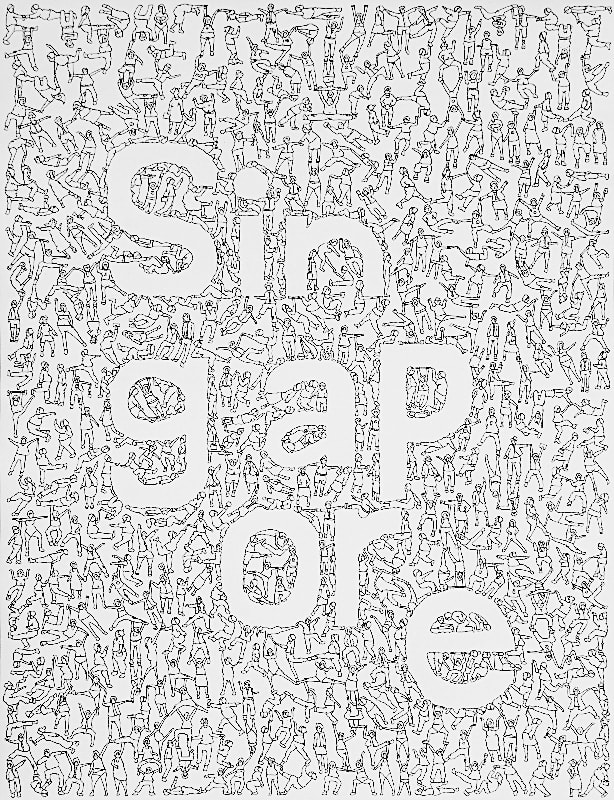 Day after day, Julayla creates portraits, which are never drawn in a realistic manner to represent someone, but to create an art journal.​. The wordings added in the portraits express personal messages that the artists wants to share. 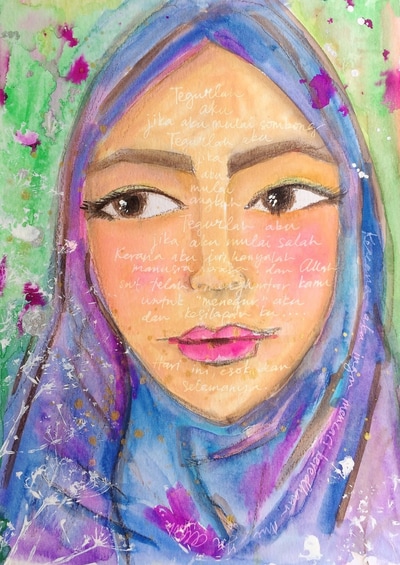 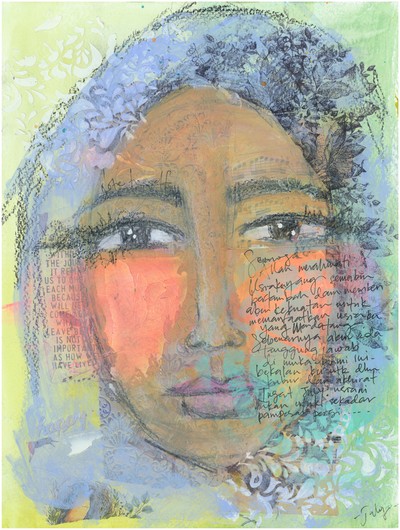 Trough this gallery of portrait  Julayla Jalil,  praises the beauty of Malay Muslim women and their role in society.
See More Works by Julayla Jalil

An Island: Between Sea and Sky by Pang

This selection of digital photograph portrays a reflection of his preferred rhythm to encounter the spaces around him. When tracing back memories shared in these places, through the photographs taken, he notices a visual poetry that narrates the fleeting relationship between an anonymous city and an anonymous stranger – intimate yet empty.
Often caught in a constant state of (physical and psychological) transit, this work is Pang’s attempt to understand the relationship he shares with his environment.
See the artist book: GOING HOME 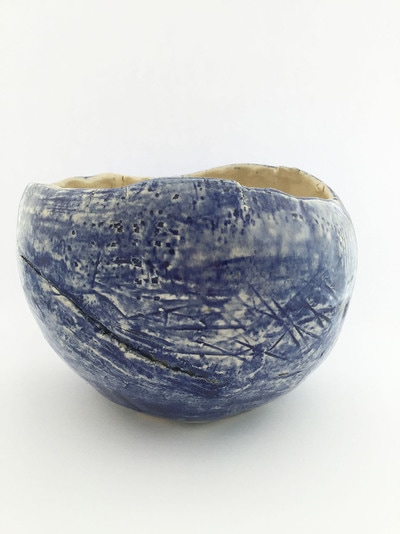 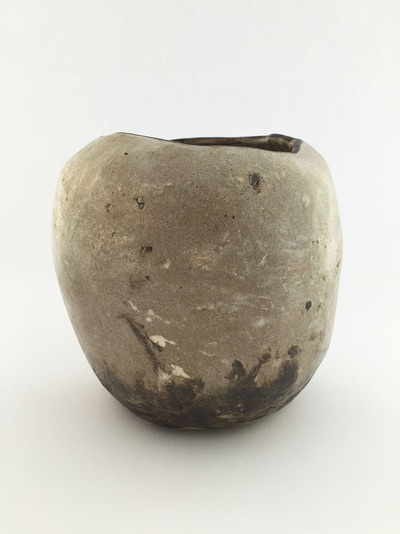 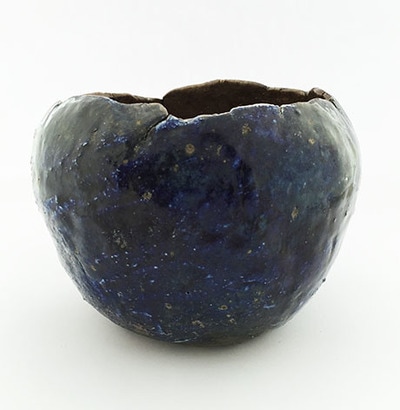 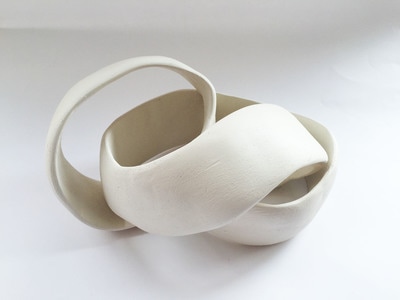 Tania Nasr invites us to discover her personal landscapes. They relate to journeys which we may share. Her paths may not be very stable or uniform, as the raw forms of the artworks may evoke. The works are mounted manually relating stories of migrations, mixed soils, lands of various colors that materialize by the use of distinct “touches”, with the singularity that they are meant, always, to remain apparent. Each of Nasr’s journeys is marked by blows leaving scars that are seen materialized in the clay itself; while others are marked by smooth and shining moments.

​Hélène Le Chatelier is a versatile artist. She uses different medium and techniques but has a unique goal, which is to write stories about personal and universal memories. Beyond her own experience, beyond her generation’s habits, she strives to express an eternal truth. 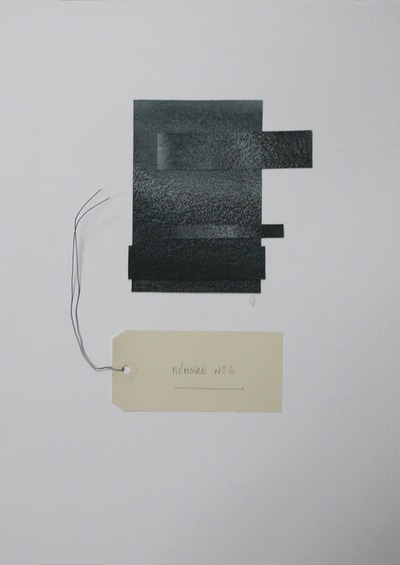 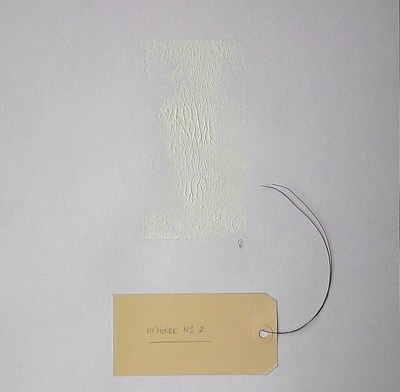 ​“Framed Memories” is a series of collages, which use a playful and cheesy style to address this existential issue.

Treasure Hunt on the Singapore Sidewalk by Kavita Issar Batra

Kavita invites everyone to follow her in a treasure hunt which epitomises our life journey:
“The bits of bark, leaves, twigs, roots, shoots and flowers I am drawn to on the sidewalks are talismen of hope. They mirror colour, patterns and textures seen in the wider macrocosm and provide inspiration for all our inventions.” 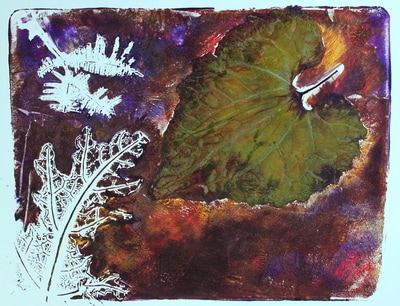 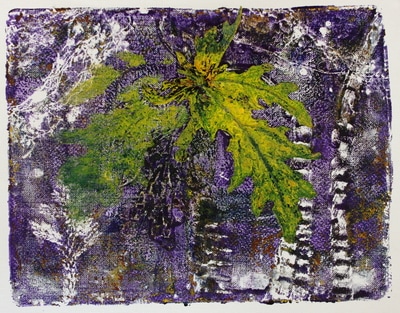 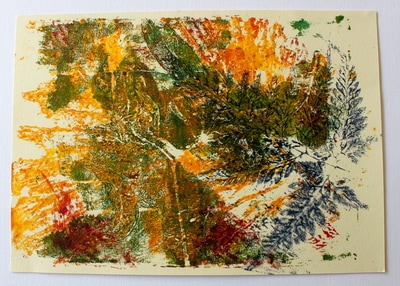 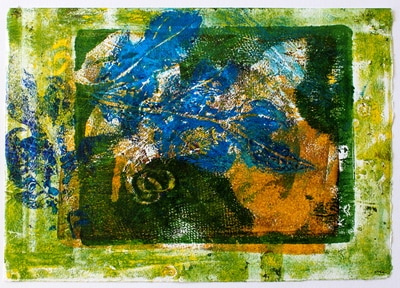 See the Artist Book: Book in a Box

Pieces of Art by Madame

Relics of larger artworks, these small pieces are enriched with gold and nicely framed to become sweet memories of Singapore 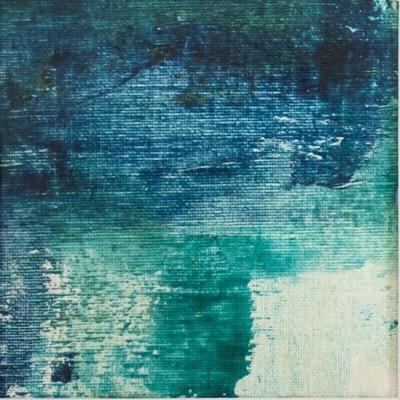 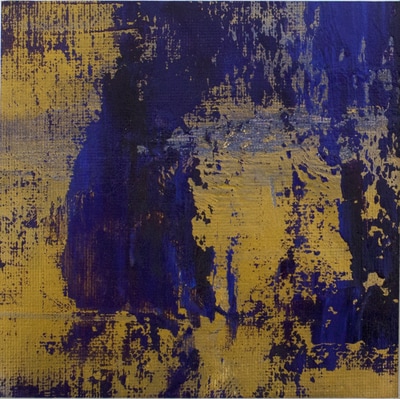