by nicola Anthony, BART WAS NOT HERE, PANG

Closing the distance  - An ouroboros that symbolizes interconnection

Solitude but not loneliness

BART WAS NOT HERE (Kyaw Moe Khine)  cannot think of a life  without  drawing. The Pokemon cards first inspired him to draw cartoon characters. He was only 12 when internet cafés, where he  discovered rap music and graffiti art, became popular in Yangon.  Bart 's artistic practice is dictated by his playful attitude and his paintings are inspired by comics, movies and music. Even during the lockdown, Bart never felt alone, to the opposite he kept busy and connected  by creating new artworks and sharing them on line.  View Bart's creative process in the following video 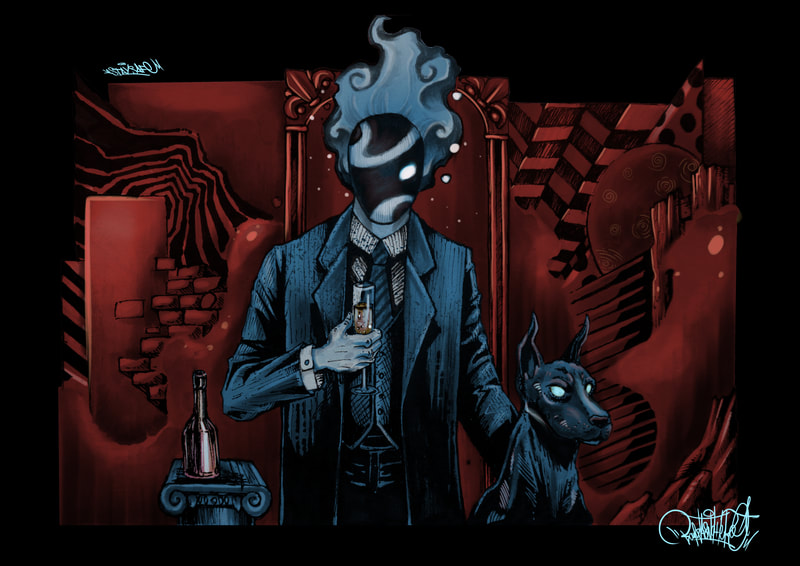 "On a Gloomy Day" was created to be the cover of Htet's new album "The H is Silent", which was launched at the beginning of the lockdown.
"Solitude" was also created during the lockdown. It is a print series of a pen drawing on paper, digitally coloured.

​"The Present" is an altered book artwork, which was created during Singapore' s circuit breaker. Visual artist, poet and art therapist, Pang often starts his day with "blackout poetry". ​ 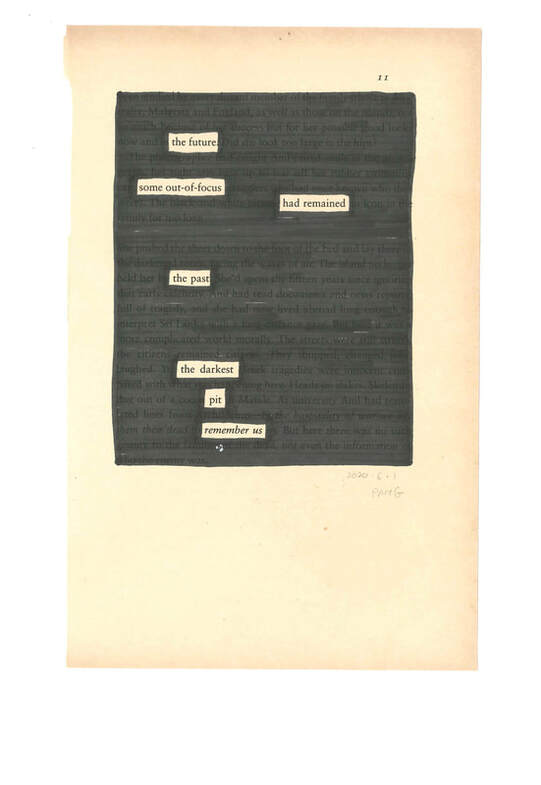 ​An altered book is an existing book changed in an artwork by alterations such as cuttings, collages, drawings, paintings.  It can also consist of creating an altered text by covering  or highlighting certain words of phrases with a felt marker or pen. Although this practice can be considered disrespectful or wasteful in some socio-economic contexts, it is a very old practice, which can be traced back to the 11 th century when Italian monks recycled old vellum manuscripts.

In art therapy, creating altered books is a precious technique which is less intimidating than a blank canvas for people with no artistic experience or sensibility.  The book is used as  a canvas and its content works as a catalyst for the creation of a new meaning and a new piece of art.

The book symbolizes knowledge, learning, wisdom, both universe and self.  Re-authoring a book that already exists symbolises the parallel possibility to rewrite one’s own life.